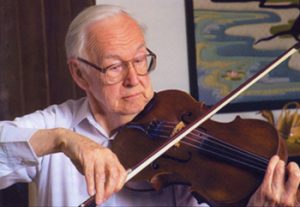 We have a distinguished history of evolutionary biology at UW-Madison. World-renowned theoretical population geneticist James F. Crow (1916-2012) was one of the founders of the field of molecular evolution, and served on the Genetics faculty at the University of Wisconsin starting in 1948. He remained an active member of the Evolutionary Biology community throughout his retirement.

Sewall Wright (1889-1988), the father of American theoretical population genetics spent the latter part of his career in Madison. A list of books in Sewall Wright’s library is here.